You can tell that photographer Esther Haase was once a figure skater. She emits a unique energy and a creative restlessness that feed off of her immeasurable amount of curiosity.

“I shot my first photo when I was eight. My parents were graphic designers and my sister and I shot with a pocket camera. Then I stopped and focused on figure skating.”

We paid her a visit in her loft in Shoreditch, East London’s former working-class neighbourhood with a brash accent, where no one cares if you understand it or not. Today, Shoreditch is filled with young professionals desperately searching for anything that is considered authentic and halfway affordable.

The tempo here is just what Esther needs. Change in big and small ways. Always looking forward. She doesn’t believe in following trends. “London is inspiring. I love that I commute between Hamburg and London because I love both the classic and the unconventional.”

There’s plenty of the latter here. People like to put their unconventionality on display, they don’t hide it. Even the smallest detail can make the difference. It’s that special something – the noise, the individuality, the rejection of norms – that makes it a great place to live. You get a better feel for yourself.

Esther wants to show us her neighbourhood. The new – the old. She wants to share her enthusiasm with us. We ask her about her first commissioned work. “It was for a jewellery catalogue in Venice,” she says. She took care of everything herself. She had to learn how to do make-up. Her father, who then owned an advertising agency, sent her there with no real training. And everyone turned out happy. She was just 20 years old.

“It’s about getting shots of the people whilst they’re in motion,” she explains, calling it reportage style. But that sounds too much like chance, it’s too casual. That’s certainly not the case with Esther Haase’s work. She curates, arranges, prepares for every possibility for her shoots. Once everything is ready, she gives everything space to breathe, stimulates it, moves it and takes what she needs from her camera. But she lets chance take its course every now and again, and sometimes it’s just what culminates her work – that makes it special.

Her inspiration comes from some of the greats – Lilienthal, Newman…but her admiration is more like a thankful retrospect. That’s all past now. Today is tomorrow – new job, new task: “Where are we headed today?”

Time to go outside. “Just a quick walk,” she says. “Why don’t you join? I’ll show you around my neighbourhood.” Of course we join. And that quick walk becomes more. Why wouldn’t it? Two hours later and we’ve arrived at a massive common – a park in the new heart of the city. The East is the new West – green and plush grass with dozens of dogs chasing the kites the children are flying. Her dog likes it here. “Do you have some more time?” she asks.

When I ask if there is something she could imagine doing other than photography? “Of course!” Her answer fires out like it were coming from a loaded gun. “Figure skating!” she exclaims with a smile. She’s probably had it since her eighth birthday…

read the full story on www.falke.com

Esthers tips for London are: 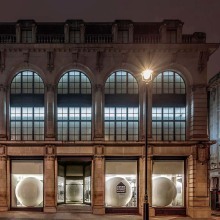 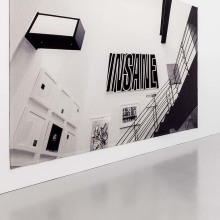 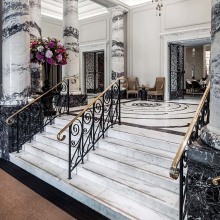 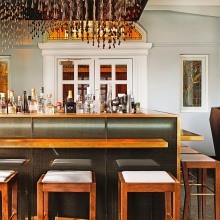 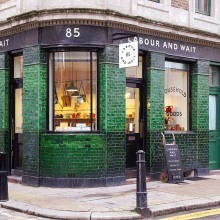 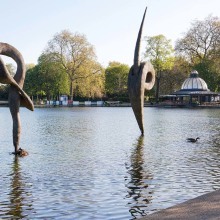 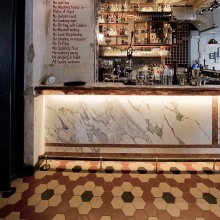 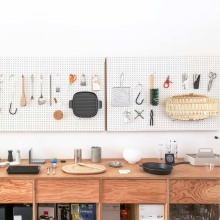 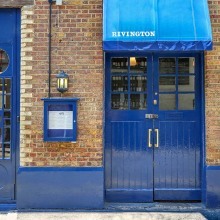 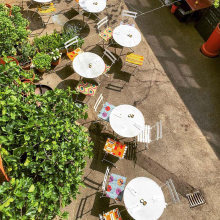 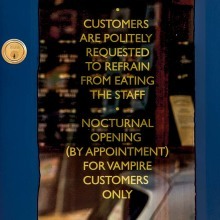