The lobby of Leon’s Place, located in a 19th century palace, is almost reminiscent of a theater hall, while the 56 rooms and suites of this designer hotel are elegant yet restrained, kept in white, gray, and black. The Visionnaire Café cocktail bar forms a stark contrast to the rest of the hotel, illuminated in bright colors in the evenings. Yet the juxtaposition works—after all, different styles have been combined in Rome for thousands of years. 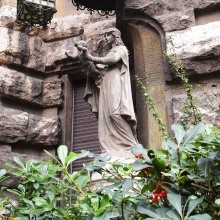 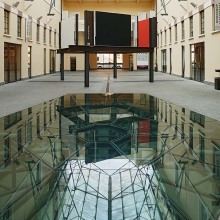