In the ’70s, Marco Raymondin became the first person in France to restore British motorcycles. Today he is a legend. In his grandfather’s workshop, he learned to love the smell of gasoline, the grime and the engine’s vibrations. It is his secret for endless youth.

It’s hard to guess Marco’s age. He is wearing a coarse sweater, spotted chinos and he could be a fisherman from Normandy – the kind who doesn’t care about wind and rain as long as he can still go drink a glass of red wine in the evening with his friends. But Marco is no fisherman; he’s a motorcycle rider who turned his great passion into a career 50 years ago. He is cheerful, restless, with thoughts that overtake his English skills.

“My father had a friend with a small motorcycle, a 125 cc. He wanted 50 francs for it”. Barely 16, Marco works several weeks at a butcher’s shop so he can afford the machine. He embarks on his first trips in the area, visits England, which is in the middle of a genuine cultural revolution. Marco is fascinated by the energy of the new BEAT GENERATION, its music, its lifestyle and its boisterous yearning for freedom

Only a few of them can afford a car, but all have enough for a scooter or a motorcycle. Thus a new status symbol is born. The owners are called MODS or ROCKERS. Some wear ties and military jackets, polishing their two-wheeler like a mother does her silverware. The others follow their rough-and-ready role models, wearing leather outfits – sweaty and oil-smeared – like a second skin.

Amongst these hundred motorcycles, which one is the most reliable?

“I wouldn’t use ‘reliable’ to describe these machines”. I follow him to a motorcycle that consists only of steel tubing, a motor and the most important mechanical parts. “This is a racing machine. A Triumph T110 from 1955. Special tuning, special transmission, everything special. Doesn’t run on gas, but on methanol. We went to Bonneville, Utah with it, to break the world record. We almost did it”. Marco continues, “196 kilometres per hour was the record. We made it to 194. Then the motorcycle caught fire”.

The three men grin, beaming with happiness. That seems to be it, the secret to endless youth. Valentin yells to me loudly, as the rattling becomes more deafening and the room begins to fill with thick wads of smoke, “If you step into this world, you stay 18, forever”.

Raymon and Valentins favourite spots in Paris are: 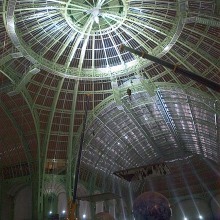 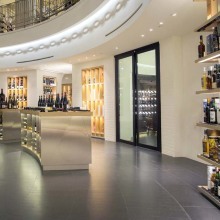 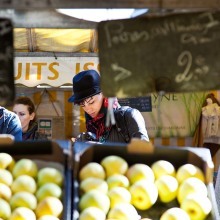 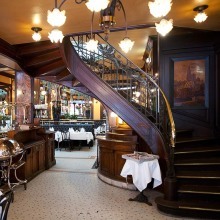 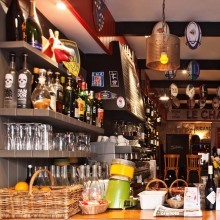 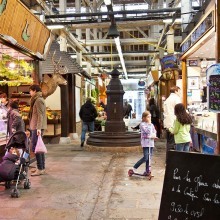