This spectacular building by the Hamburg BRT Architekten is reminiscent of a ship and protrudes more than 130 ft. from the Edgar-Engelhard-Kai out over the water. With its publicly-accessible roof terrace, which can be reached via a broad outdoor staircase on the rear of the building, Dockland looks like a friendly giant, welcoming visitors onto its back. This office building, which is borne by a clever steel construction and encompasses approximately 97,000 sq. ft., has already won numerous awards. 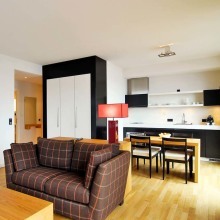 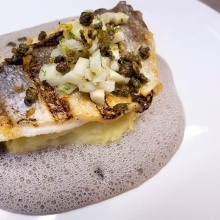 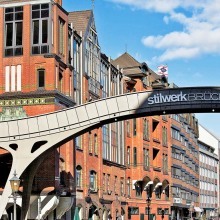 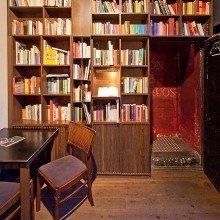 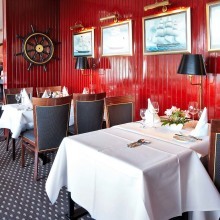