A heritage-listed pub that remains a veritable homage to the most infamous crime ever committed in the Empire. Everything here revolves around the cobbler Voigt, who masqueraded as an imperial officer and plundered the city treasury in Köpenick, amusing the entire country. A cheeky wink to the glitz and glamour of Prussia served with “marching rations” and some “post-service refreshment.” A beer-filled bastion in the heart of the historic center in the shadow of the city hall, a valiant troop of volunteers in uniform imitating the trickery—even Emperor Wilhelm has to laugh. 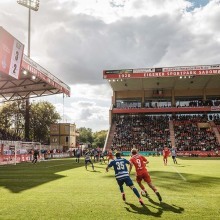