Since opening in 2013, English modernist Brasserie Hoi Polloi has established itself as a culinary and social center for the modern workers of London Shoreditch, a diverse bunch linked by a forward-thinking mindset.

Now Ken Tolley, who has previously been senior sous chef at The Beaumont Hotel, is to take over as the new head chef.

The kitchen will improve on its modern and deftly unfussy standard on British dishes. Ken Tolley, who has been quietly working behind the scenes at Hoi Polloi for the last couple of months, developed a new menu that takes a seasonal approach to English produce, with an inspired but understated use of ingredients that may only be in season for a few weeks.

Ken Tolley brings a wealth of enthusiasm and experience to the kitchen team. Well accustomed to working in a bustling, brasserie environment, Tolley previously has been chef at Electric House (Soho House Group) and held positions at Dean Street Townhouse (Soho House Group), The Delaunay as well as Corbin & King. 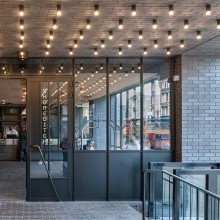 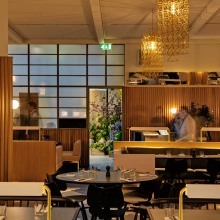