Co-owner of the bar Apothéke and the restaurant Pulqueria, Chris Tierney believes that New York, even while amassing more generic businesses over the years, retains a deep sense of mystery. “The city is constantly reinventing itself,” he says. “Before you know it, you’ve been here for ten years, and you haven’t even scratched the surface.” He and his sister Heather’s venues, known for their individuality and unusual placement, contribute to the unpredictable flavor he describes.

Becoming entrepreneurs of a highly successful cocktail bar was a mix of equal parts vision and serendipity. Creative in their childhoods, they left Indiana for New York because, as Heather explains, there are two kinds of people where they’re from: those that stay and those that leave. This expeditionary impulse is also apparent in their business acumen. While walking through the labyrinthine back alleys of Chinatown, they stumbled onto a street called Doyers. Its unusual curved shape made them feel as though they discovered a gem. Indeed they had: In the early 20th century, the angle was a major vortex for illicit activity, mainly from Chinese gangs.

Keeping the spirit of clandestine activity alive, they built a speakeasy-style bar resembling an Old World apothecary right down to its menu of curative drinks. Infused spirits and herbal tinctures use fresh ingredients from the Chinatown market or the bar’s own rooftop garden, which includes a fig tree. Pulqueria emerged a few years later, an ode to pulque, a liquor made from the fermented sap of a succulent whose consumption in central Mexico preceded the Aztecs.

In a town where the turnover rate for restaurants can be brutally high, the Tierneys cite their spaces original, otherworldly atmospheres—which they painstakingly design down to the chemistry-flask wall sconces created by Chris—as key to their longevity. 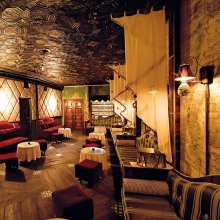 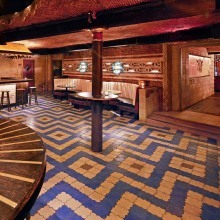